Nowadays, it seems as though whenever there is a shooting or bombing that generates media attention – which is unfortunately very often –  it takes both liberal and conservative news channels and political figures less and less time to blame the violence on ‘radical Islamism.’ When I turned on the news on Sunday afternoon after hearing about the shooting at the Pulse nightclub early that morning in Orlando, FL, it was almost instantaneous; within minutes of reporting the shooter’s name, CNN also revealed that he was raised Muslim, supported ISIS, and was of Afghani heritage.

Instead of painting Muslims in broad strokes as inherently homophobic people, talk about how queer Muslims feel when you propagate incendiary lies about their communities, faith, and cultures.

Instead of digging up the Orlando shooter’s father’s YouTube channel to search for so-called ‘proof’ that Islam is violent, talk about how a white guy was caught en route to the LA Pride Parade yesterday with multiple guns and explosive materials and we didn’t hear about him or his ‘heritage’ past that. Talk about how hypermasculinity and easy access to firearms play into the staggering amount of shooting-related deaths every year. Talk about why we are led to believe that men of colour are criminals, when data shows that most of the people who commit mass murders are white men. 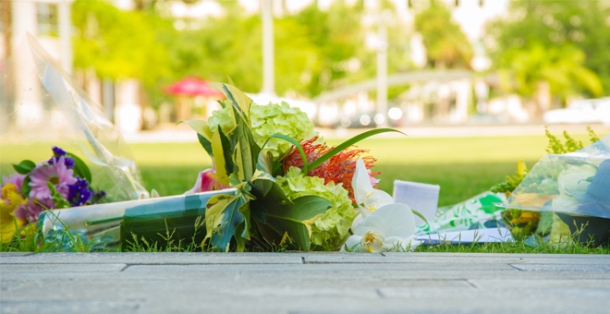 I wonder if anyone that blames violence on Islam actually knows any Muslim people, because Islam is not the cause behind Omar Mateen’s actions.  Don’t worsen the impact of the horrifying deaths in Orlando by buying into the East/West dividing rhetoric that actually helps radical terrorists in carrying out their motives.

The media has prioritized Islamophobia over paying respect to those whose lives were lost in a horrible tragedy. 49 people aged 18-50 died in Orlando this Sunday, all with varying professions, stories, and backgrounds. These are their names:

The names of the victims of the Orlando shooting as well as all photos used in this article are from the city of Orlando’s website.

To read another Lucky Penny Mag piece about Islamophobia, read Arman Adel’s essay “What Is My Islam?” here.